Clive (Clive Brookes) was born and educated in Norwich. He continued his studies in Canterbury, Kent before becoming a high school teacher of 3-D art in Dover. Clive taught art in Norfolk from 1985 until 2009. With his wife, Cindy, he lives in Saxlingham Nethergate in South Norfolk.
Clive has always been involved in art and was exhibiting from an early age. He began making sculpture when he was thirteen. He is also known for his paintings, drawings and ceramics. His signature spherical or circular designs show his interest in growth from the microscopic to the Universal. Population; weather, disease and the effect they have on the environment have also contributed towards recent work. There are often many layers of meaning in Clive’s work.
Clive’s art has found a home in many private collections and he exhibits widely. He is a member of the prestigious Norfolk and Norwich Art Circle. You can visit Clive’s studio by appointment or during the Norfolk Open Studios scheme.
E: clive@theautumnhousestudio.co.uk Tel: +44(0)1508 499 358
W: www.theautumnhousestudio.co.uk 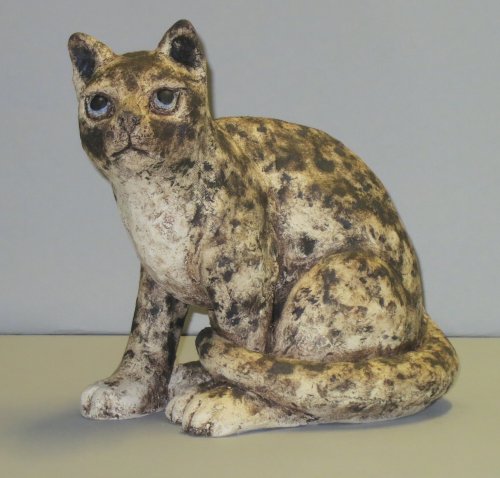